GSTR-9C is a statement of reconciliation between:

It is often viewed like a tax audit report prepared under the Income-tax act. According to the books reconciled with the individual figures, it comprises the gross and taxable turnover per the integration of all GST returns for a financial year.

Henceforth, any distinctions emerging from this reconciliation are reported in GSTR-9C with their corresponding explanations. Each GSTIN should have the affirmed statements. Similarly, you can file more than one GSTR-9C form for a PAN.

Who can file GSTR 9C is it meant for?

GSTR-9C should be prepared and certified by a Chartered Accountant or Cost Accountant. You have to file it on the GST portal or through a facilitation agency by the taxpayer, alongside different documents such as the duplicate of the Audited Accounts and Annual Return in form GSTR-9. It applies to each taxpayer who should get their Annual Accounts audited under the GST laws.

myBillBook makes it easier to file the GSTR 9C forms as it offers you a detailed report of all the information you need to fill in the form.

Audit under GST applies to those registered people whose Annual total turnover surpasses rupees two crores (subject to change as per CBIC’s discretion) in that fiscal year. Further, according to CBIC’s CGST notification number 09/2020 dated 16th March 2020, all foreign companies in the aircraft business (compliant with the applicable provisions and rules of the Companies Act, 2013) are excluded from the GSTR-9C requirement.

Additionally, non-residents and those providing OIDAR services in India to unregistered people are absolved from submitting GSTR-9 and GSTR-9C.

What’s the due date for filing GSTR 9C, and why is it necessary?

You must file the GSTR-9C before 31st December of the year following the applicable financial year under audit. The due date can be extended by the Government if deemed necessary.

The GSTR-9C statement works as a foundation for the GST authorities to confirm the accuracy of the GST returns recorded by the taxpayers. Chartered Accountants must certify any additional liability emerging out of the reconciliation exercise and GST audit in GSTR-9C.

Contents of the GSTR 9C form

The form is split into two parts:

The figures in the audited financial statements are at the PAN level. Consequently, the turnover, Tax paid, and ITC earned on a particular GSTIN (or State/UT) should be pulled out from the audited accounts of the association in general.

The Reconciliation Statement is separated into five parts as follows:

Part-1: Basic details – It consists of the financial year, GSTIN, Legal Name, and Trade Name. The taxpayer should also specify whether he is liable to audit under some other law.

Part-3: Reconciliation of tax paid – This segment requires GST rate-wise reporting of the tax liability that emerged according to the accounts and paid as reported in the GSTR-9 individually. Further, taxpayers must also disclose any additional liability arising out of unreconciled differences.

Part-4: Reconciliation of Input Tax Credit (ITC) – This part focused on reconciling input tax credit taken and used by taxpayers as reported in GSTR-9 and the Audited Financial Statement.

It must also include a detailed report of Expenses booked according to the Audited Accounts, with the breakup of eligible and ineligible ITC, and reconciliation of the eligible ITC with the amount claimed under GSTR-9. This declaration comes after the reversal of ITC claims (if any) are considered.

The format directions of the GSTR-9C give a choice to taxpayers to settle taxes as suggested by the auditor at the end of the reconciliation statement.

The GSTR-9C can either be certified by the CA who conducted the GST audit or by another CA who didn’t conduct the GST Audit for that particular GSTIN. The distinction between both is that if the CA certifying the GSTR-9C didn’t conduct the GST audit, he more likely than not based his assessment on the Books of Accounts audited by another CA in the reconciliation statement. Thus, the format of Part-B for certification reports largely depends on the certifier. 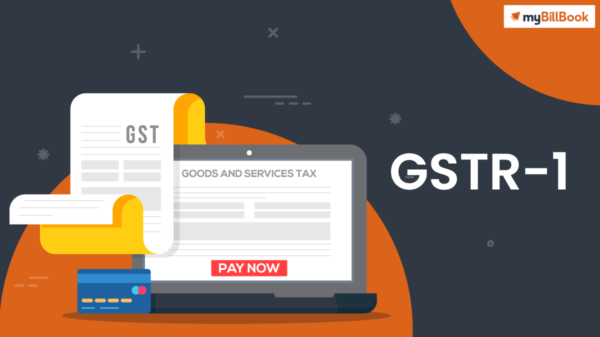 Filing GSTR 1 is a comprehensive process and requires due diligence on the taxpayer’s part when furnishing invoice details and other tax-related information.  Here...